PERSIAN SIDE OF JAZZ. VOL:2 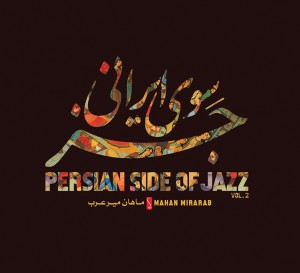 For years I have been searching for a path; an endless road with no borders. Music is powerful in defying limits by the means of a unique communication that is notboundto time and space. After traveling to various parts of the world and learning about the cultures and the rituals of different people, a new form of musical understanding was revealed to me. One can define music scientifically by knowing about intervals and audio frequencies. Asuperficial understanding of music can be achieved but my grandmother’s tunes, Ghabnbare Rastgou’ Nay Jofti, improvisations of John Coltrane, and even the bird songs could hardly be defined through science.While humans are an integral part of nature, the modern man seems to have lost its connection to nature. We have forgotten that music is one of the most fundamental ways of communicating and making connections despite differences in ideologies, nationalities or genders. Today’s society is embroiled in magnifying titles, brands and advertisement which has also cornered the spirit of music into tight boxes of categories and genres.In the world we created, not even music has survived these social constructs and classifications..The meaning of music is boundless. I define it through sounds of my childhood, the air raid sirens during Iran-Iraq war, the sounds of nature in Sarasab village (my grandfather’s birthplace), the turbulent sounds of urban spaces and the diverse ethnic and cultural music of people in different parts of the world. Certainly my own definitions are evolving and growing day by day. For me, definitions such as jazz, classical, western and eastern music only highlight social and cultural isolation, but yet sound is essentially a borderless phenomenon. Persian Side of Jazz is a title that comes with many contradictions, negotiating its space within and expanding the confinements of modern music. I believe, Persian music is not limited to Radif and Dastgah, but it’s rather a blend of various cultures of people who live in different parts of this land. I also believe that jazz music is not only limited in Bebop or Jazz Standars, but it’s rather a philosophy and a language that through sound enables a free interaction with the world. In fact, when Persian music and Jazz philosophy are merged together the acceptance of “others” and the enhancement of personal tolerance are foregrounded in an attempt to grow beyond borders. This album was recorded within three days in a safe and intimate environment with the utmost trust between musicians. During these three days, we entered the collaborative space by intentionally letting go of our preconceived notions of western and eastern music. We created an organic process where our communication sparked from a deeper and instinctual human connection. The result is a memorable work that was produced with an open heart!